In the year 1998, thanks to the vision of its founders, the desire arises to create a new Airline and benefit the National Aeronautics. On the 1st of October of 1999, the new Board of Directors is formed; within the emanated provisions it is determined that Mr. Sergio de Urioste be named General Manager, General (r) Fernando Sanjinés be named Operations Manager and Mr. Luis Vera be named Commercial Manager.

At the forefront of technology and aviation, AMASZONAS S.A., joins IATA in May of 2005 and begins selling electronic air tickets (e-ticket's) in June.

The Company has the following certification and operating permits:

With the vision to diversify and expand the routes offered by AMASZONAS S.A., it currently has a unilateral Agreement with Air Europa, Hahn Air and Gol airlines.

International destinations such as Asunción, Montevideo, Córdoba, Iquique or Cuzco.

We generate a warm, punctual and transparent travel experience, with sustainability and love.

We are the integrating airline of South America, recognized for the high quality of our service, positioning Bolivia as a regional traffic distributor.

Read all the news about Amaszonas in our press section. 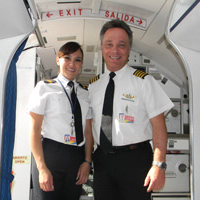 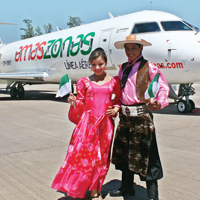 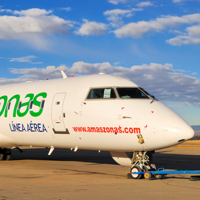 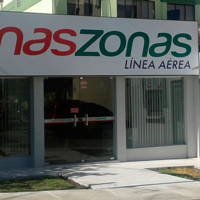